In case you missed it: check out my primer on ICOs here! 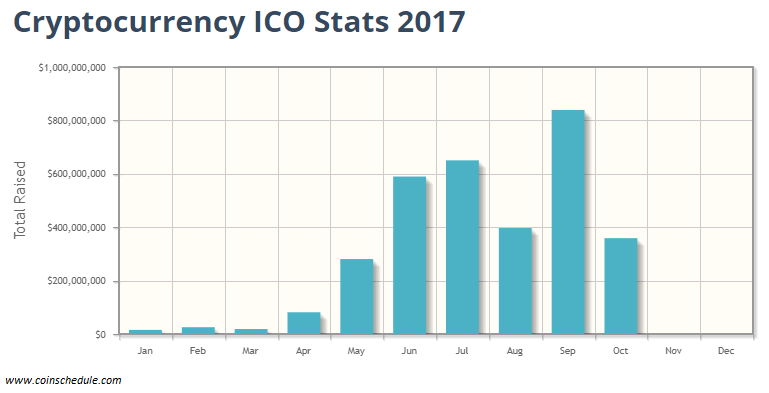 In 2017, ICOs have raised $3.3 billion USD across 203 different offerings. This works out to an average of $16M per project. Seems a bit excessive – especially when you consider the fact that 1 in 10 issued tokens do not have any utility.

In the VC world, seed rounds are raised to catalyze product development1. Just like your typical ICO aspirant, seed stage companies often have little more than a well-crafted pitch deck and starry-eyed founding team. The difference here is that your average seed round size is only $1 million.

Tapping into the ICO market for your seed round is dangerous; here’s why:

The Need to Pivot

In search of a viable business model, seed stage start-ups undergo rapid experimentation. The Lean Startup preaches the importance of validated learning, an iterative process of hypothesis-driven experimentation. These validated learnings drive changes to the product, business model, and/or market focus, and the cycle repeats; the end result can often be something completely unrecognizable.

In 2009, Ben Silbermann founded Tote, a mobile app that made it easy for people to buy clothes on their phone. Users would save their favourite pieces and receive notifications when the clothes go on sale. This was a pretty novel product for its time (as a point of reference, the iPhone came out in 2007) – so forward thinking that there wasn’t a viable mobile payments solution available. All seemed lost until Ben noticed a peculiar trend in user behaviour. While the users weren’t purchasing any products, they were creating lists of favourite items and sharing them with their friends. Recognizing that there was a market need for list sharing, Silbermann pivoted away from the mobile commerce focus and rebranded Tote to Pinterest. Today, Pinterest has raised over $150M and is valued at $12B – it pays to listen to your customer.

By ICOing, start-ups will find it difficult to pivot. While early stage VCs are used to (and expect) start-ups to pivot and experiment, ICO speculators probably aren’t. The difference here is that early stage VCs back the team, not the idea. In the absence of product traction and revenue, the seed stage investment decision hinges on the strength and prior successes of the founders.

In contrast, the cryptoworld is too young and its backers are too green. First, given the nascency of the blockchain, it is rare to find founders with a history of exits and past successes. Second, your typical ICO participant is a retail investor who is chasing Bitcoin/Ethereum-type returns. They have little experience with the evolving nature of early-stage start-ups and are instead looking to cash out quickly on crypto-type returns. An investor who decides to buy into a blockchain-enabled mobile commerce app is not going to be pleased when it turns into a list making app.

The tokenization nature of ICO projects compounds this issue further – what if the project pivots into a product that does not naturally lend itself to token usage? In such scenario, I’d expect a sharp sell-off of the token on exchanges – after all, what’s the use of an instrument that has no intrinsic utility or equity upside?

Early stage investors often play crucial roles in guiding the formation of the company. Whether it is through assisting with strategic planning, making the right introductions, or getting deep into the operational work, the right investor can do a lot more than just cut a cheque. I doubt you’ll be able to find the same degree of support with a broad base of risk-seeking tokenholders.

The ability to raise near unlimited, non-dilutive financing is also bad for innovation. Constraints create environments that force novel thinking. 2A young AirBnB with access to frothy ICO markets would have likely invested heavily in Facebook and Google Ads to win their first customers; it is hard to imagine them figuring out the Craigslist hack in such well-capitalized positions. After all, necessity is the mother of all innovation.

Finally, let’s look at the impact to a start-up’s ability to exit. While it may be intrinsically rewarding to take on the world’s most pressing problems, at some point, you’ll be looking for a way to compensate yourself for years of effort. You can do so by either being acquired or going public. How does ICOing affect these paths to liquidity? It’s hard to say definitively, but there are challenges to exiting a business who’s value is locked up in tokens.3

According to finance theory, the value of each common share is equal to the value of future dividends adjusted for time and risk. If the start-up’s only method of cash generation is through a sell-off of tokens for fiat, how will this impact firm valuation? How will tokenholders react to the such planned “inflation” of tokens (where there will be more tokens entering the exchange)? What happens when the business runs out of tokens to sell?

All things considered, I still think there is value to the ICO process. As I previously discussed, tokenization gives rise to new business models, which in turn allows for new products and services to exist that can more effectively address customer needs.

To make the most of it, start-ups need to be more disciplined. They can so through the integration of mechanisms like capped raises or bringing on seasoned investors to the table (through early rounds of funding). It is also worth considering deferring ICOs until after the product is built and fit is established – consider ICOs as an alternative to Series B financing, as opposed to a substitute for seed financing.

Just remember, not all dollars are created equal.